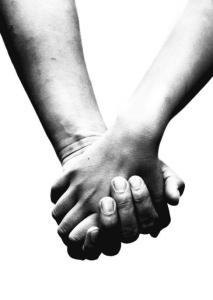 ging the Lange Tafel to Southern California, we would like to initiate a sustainable, grassroots people-to-people encounter between Berliners and Californians beyond the glamour and red carpets of both cities. Our goal is a project that has longevity, in which both cities work together, exchange experiences, and learn from one another. To this end, after implementing the Lange Tafel LA (12 March 2016), Professor Granata and a group of her students traveled to Berlin, where they assisted with the Lange Tafel- Bergmannstraße (16 July 2016).  In April 2019, Prof. Granata and her Cal State Fullerton students hosted another Long Table community oral history event on campus celebrating immigration stories with the theme “Freedom not Walls.”  That summer, she again took students to Berlin to join Isabella Mamatis and Lange Tafel Berlin in July 2019.

We aim to construct a bridge of friendship between the two cities, built on a foundation of respect and understanding for the contributions of immigration to both cities.